Vitrovian and the Eskom Kusile Power Station Project continued to support the annual career exhibitions initiative through the Department of Education and Local Municipalities by joining them in their planned schedule throughout the province. This program was rolled out in three fold.

Vitrovian and Eskom Kusile Project joined the Department of Education as an exhibitor in all the different districts within the province of Mpumalanga when they conducted the career expos for 2015. The number of leaners targeted for this exercise is about 6000 learners per area. Promotional packs for learners were provided.

Phase 2, targeted feeder areas only within 65 km radius to the Eskom Kusile Project, and these were grade 12, Maths and Science learners from

the schools that have underperformed in 2014 final examinations. Vitrovian with the help of the Department of Education identified these schools, gathered their statistics and joined them when they went to Eskom Kusile site. The Eskom Kusile Project Director invited these learners to come to site in order to come and interact with the site engineers as well as to tour the project, for them to be motivated to choose engineering careers when they pass their matric. Teachers accompanied the learners to site every day of the visit.

Phase 3, is whereby KET members, YLF and Vitrovian delegates will go to all the underperforming schools within the Nkangala District Municipality in the 2014 examinations. Learners from grades 9 and 10 will be visited in their respective school during school hours to be motivated and guided in subject choices for the coming year. This is relevant as this is the grade/ level when learners choose their subject for matric and these will ultimately lead them towards careers of their choice.

Dunber Primary School is located in the most socially and economically challenged area of Schoongezigt in Emalahleni Municipality. The school accommodates 1 024 children and 29 teachers. Dunber submitted a donation request for a number of needs.

Dunber Primary School received a donation of kitchen equipment and garden tools. With the garden tools, the school started a vegetable garden.

Mitsubishi Hitachi Power Systems Africa improved the facilities at Sizuzile Primary, which is situated in Victor Khanye in the Delmas area. Renovations were done of the ablution blocks, ceiling, and pavement, broken windows were fixed, the classroom roof was painted, walls were erected, the school yard was paved. In addition to the renovations to the school, the contractor also constructed a hall for the school to the value of R300 000.

Roshcon contractor donated a canteen (ParkHome), office furniture, filing shelves for the staffroom, two refrigerators, and a freezer to the value of R680 000.

Mmagobana Primary School is one of the old schools situated in the old townships of Emalahleni. The school has had an increase in the number of learners; as a result, it has suffered capacity constraints, where classes would be overcrowded. Alstom contractor intervened by constructing four classes
accommodating a total number of 160 learners.

Nkosingiphile Day Care Children’s Centre is based in Delmas. It takes care of 17 disabled learners. It is funded by the Department of Social Development; however, the subsidy is not sufficient to cater for all the centre’s daily needs. The centre’s needs were for basic day care resources in order to provide basic education to the learners.

CBZ purchased the following for the centre: 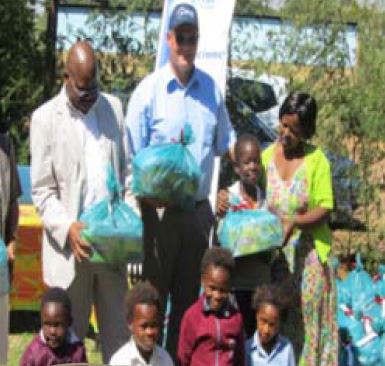 Bambisana Primary School currently has 105 learners, of whom 49 are either orphans or from child-headed homes. The needs identified for this school were winter uniforms and shoes for 49 learners. The school, furthermore, provides learners with food daily while at school. However, uniforms and shoes were prioritised.

Clyde Bergamann utilised the school’s uniform supplier based in the Delmas area to meet this need.

Alstom company spent over R10 million doing renovations at Sibukosethu Primary School. The scope of the renovations comprised the refurbishment of toilets, pavement around the assembly area, erection of a new fence, upgrade of the administration block, revamping of classrooms by putting in vinyl tiles, new boards,
and new electrical installations, and new kitchen and eating facilities.

Mr Maseko applied for a donation in 2011 to help fund the installation of a shelter that would be used for the school’s feeding scheme. The feeding scheme caters for about 97% of the learners at the school.

Roshcon was appointed to install the shelter, as requested. However, it became apparent that the single shelter only resolved half of the challenges of the school. Therefore, Roshcon later donated two ParkHomes, including furniture for the learners to sit on and eat comfortably. Additionally, four air conditioners were provided with the ParkHomes, and these were later installed in the school’s reception area and the principal’s office.

The school was using the caretaker’s cottage as a kitchen, since the Department of Basic Education could not build or provide a kitchen for this feeding scheme. This makeshift kitchen was not adequate. The principal, therefore, through the CLO, applied for assistance in getting the kitchen fully equipped for use. Esorfranki offered its services by installing sheeting to firmly fix the tiles onto the wall and also provided the following:

The school has its own vegetable garden, and most of its products are used in the feeding scheme. The school also received a donation of gardening equipment and bulk refuse bags.

The principal of the well-looked-after Khangela Primary School was delighted with the donations made. These projects have since brought a lot of benefits to the school management team and learners. Some of these benefits are:

Mr Maseko wishes to extend his gratitude to Kusile Project and all those who gave a helping hand. 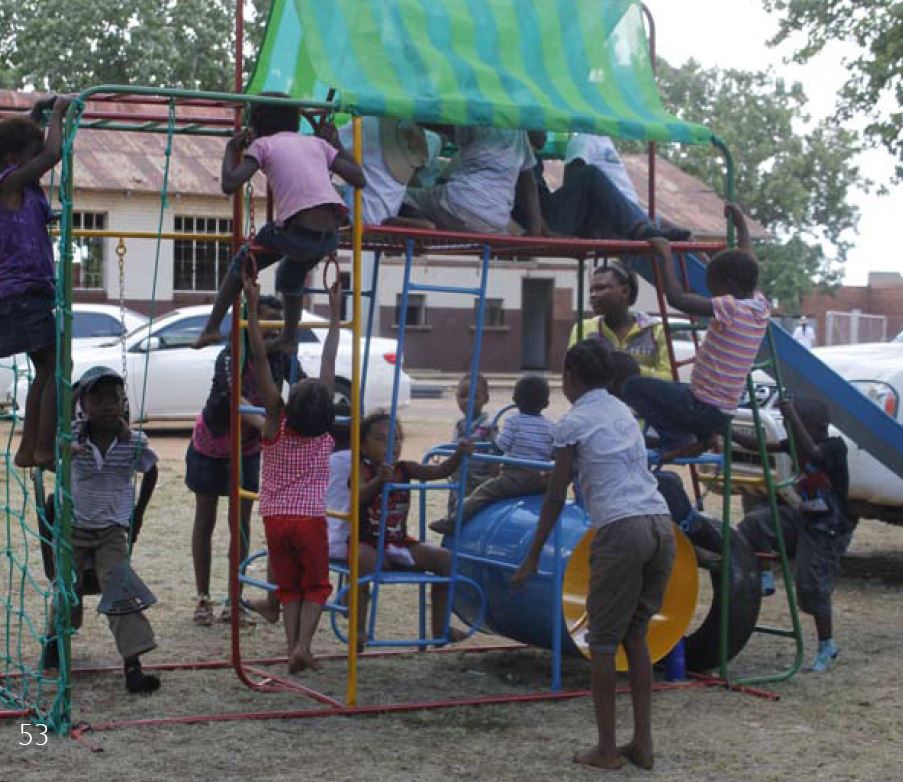 Mr Zwane, the current principal of Mmagobana Primary School, which was established in the 1950s, pointed out that, in the 1970s, the school moved to the current structure, where a number of challenges with regard to capacity became apparent. The increase of informal settlements in the area added to capacity constraints. The learners who were enrolling at the school were both Zulu and Sepedi speaking, and the school could not accommodate both
languages concurrently. A total of 450 learners were moved to another school in 2002. The current enrolment of the school is 696 learners.

The school indicated its needs to Kusile Power Station Project’s Community Liaison Office and Vitrovian Trading Projects, who took the request further to the CSI Committee, which assessed the request and sourced the contractor that would implement the project. Alstom, a contractor at Kusile Power Station appointed to implement this project, constructed two blocks of classes at the school, which accommodate a total number of 160 learners.

“We still have other needs at the school, but so far, the building of the classrooms has made a huge difference. We would like to extend our gratitude as Mmagobana Primary School to Kusile Power Station for the lasting impact it has made on the school,” said Mr Zwane.

Top of the World FET College

Mr Dudley Meyer of Top of the World Training Centre, formally known as Nkangala FET College, mentioned that the college had been providing training since 2000 in a private capacity, but had started operating in the current structure in January of 2014. The enrolment at the college is currently 300 students, with seven trainers. The college trainers, Mrs Phaswane and Mr Sangweni, mentioned that they had been using pictures to demonstrate some
of the objects to the students, so that they had an idea of what was being talked about during lessons.

Since the arrival of the GEAFOL 800 kVA transformer, which was donated by Siemens, the college has placed the transformer in its workshop to demonstrate the current model transformer to the learners, with the objective of enhancing their learning.

Kusile Power Station has made an incredible difference to the students by enhancing the learning process. The transformer will be at the college workshop for many generations to come, and it will always remind us of the Eskom Kusile Project, said Mr Oosthuizen.

Another progressive step towards developing the Nkangala District

Eskom Kusile Power Station has placed more focus on scientific education projects as part of its CSI focus areas. Work completed Siemens donated a GEAFOL 800 kVA transformer. The transformer is in line with the FET college’s academic curriculum; it will enhance the learning experience at the college and add more value to its curriculum, thus improving the quality of education at the FETs, particularly in the Nkangala region.