Handover of the Phola Police Station 2016

On the 24th of June the Phola Police Station was formally opened by the  Minister of Police Mr NPT Nhleko, MP .Dignitaries honored and graced this event which  included the Executive Mayor of Emalahleni CLLr L Mabona-Ntshalinsthali .

The community of Phola came out in their numbers to witness and take part in this event . 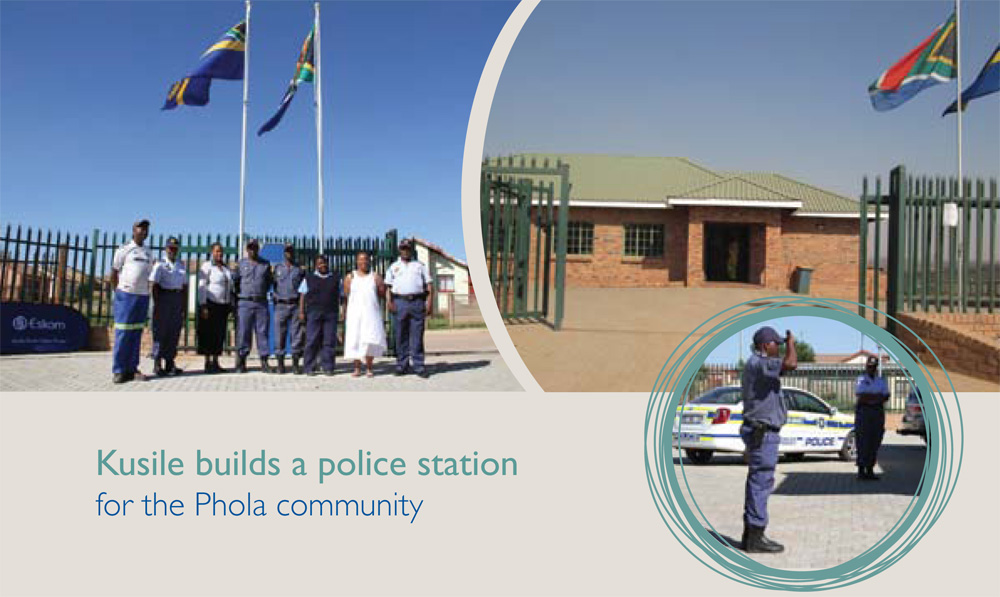 Phola community falls under a rural urban settlement, where municipal services tend to be minimal to the point where people have to travel long distances for certain services. In this case, the community used to travel to Ogies township to get police services. This was a shattering experience, as it was overwhelming for community members, and this gave a kick to the   crime rate in Phola.

As part of the legacy that Kusile Power Station Project is trying to leave in   its feeder areas, a police station was donated to the community. This was done with Vitrovian facilitating the process .

A Satellite Police station was constructed for the community of Phola.