There is no life without water. 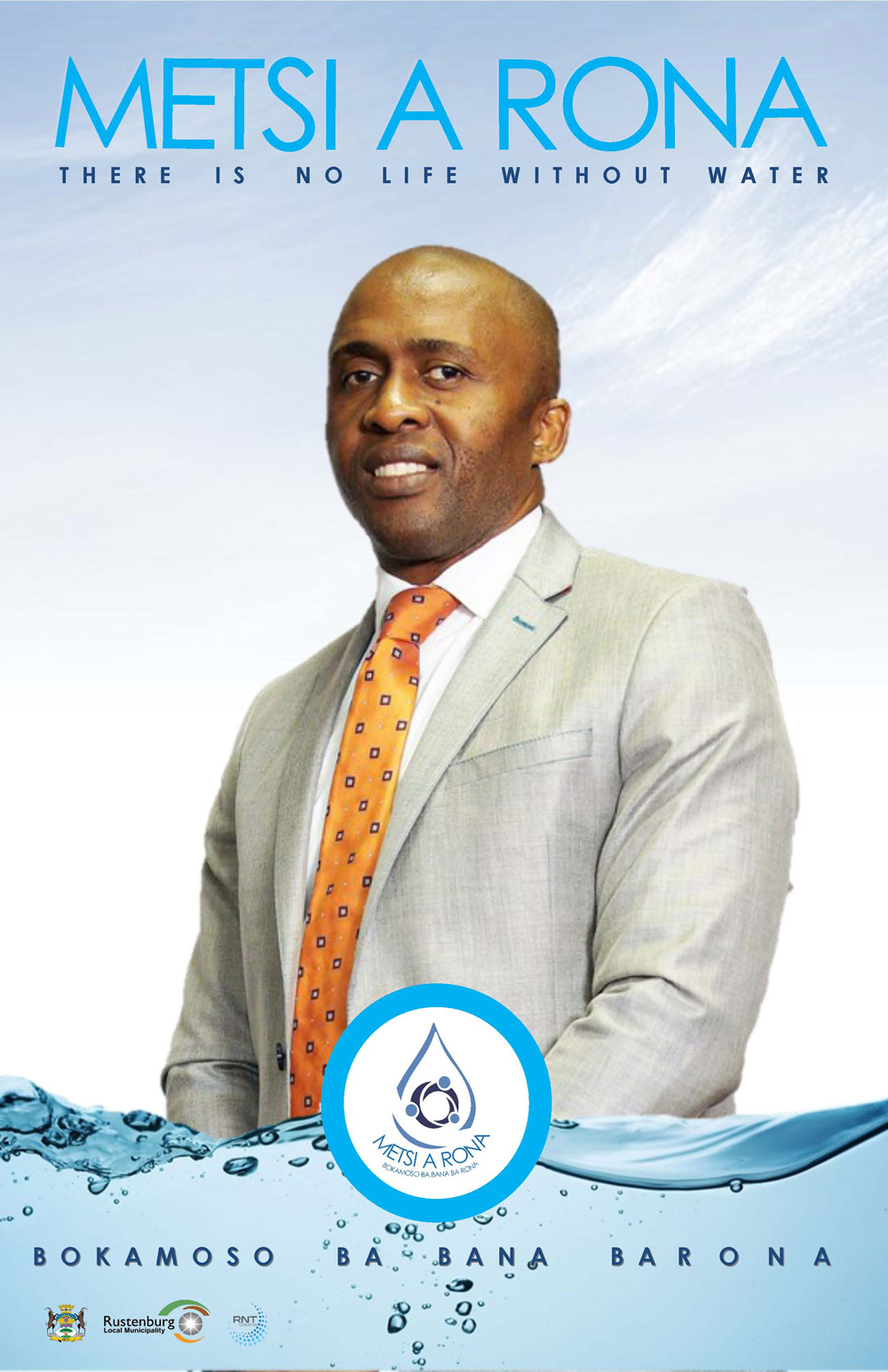 The water campaign has come at a critical time in our country where we are faced with challenges regarding water usage and conservation alike. It will take every one of us to save and preserve this precious natural resource deemed only important in times where tap, JoJo Tanks and other resources utilised to store are dry.

It is through this campaign that we will be able to contribute towards “A world class city where all communities enjoy a high quality of life” as envisaged by the municipality and all affected stakeholders.

Vitrovian together with KSP and Rustenburg Local Municipality (RLM) will embark on an outreach program. The aim of the outreach program is to educate residents within RLM. RLM has 45 ward that will benefit from this project. KSP group with RLM outreach campaign will help the community understand the importance of clean and healthy waterways, and the role of the community.

Awareness Program activities include the following:

This year marked the centenary celebration of the world icon Nelson Mandela and was celebrated internationally through the annual Nelson Mandela Day activities and initiatives.

The message behind Mandela Day is simple , everyone has the ability and the responsibility to change the world for the better by contributing a minimum of 67 minutes of their time. If each one of us heeds the call to simply do something good every day, we can live Nelson Mandela’s legacy and help build the country of our dreams.

The baton of leadership has been handed over to us. It is in our hands now to make a positive difference. The Rustenburg Local Municipality and Department of Water under the municipality, has decided to dedicate 2018 to honoring a great statesman and making every day a Mandela Day by encouraging everyone to take action against wastage of water in a way that will bring about sustainable change. 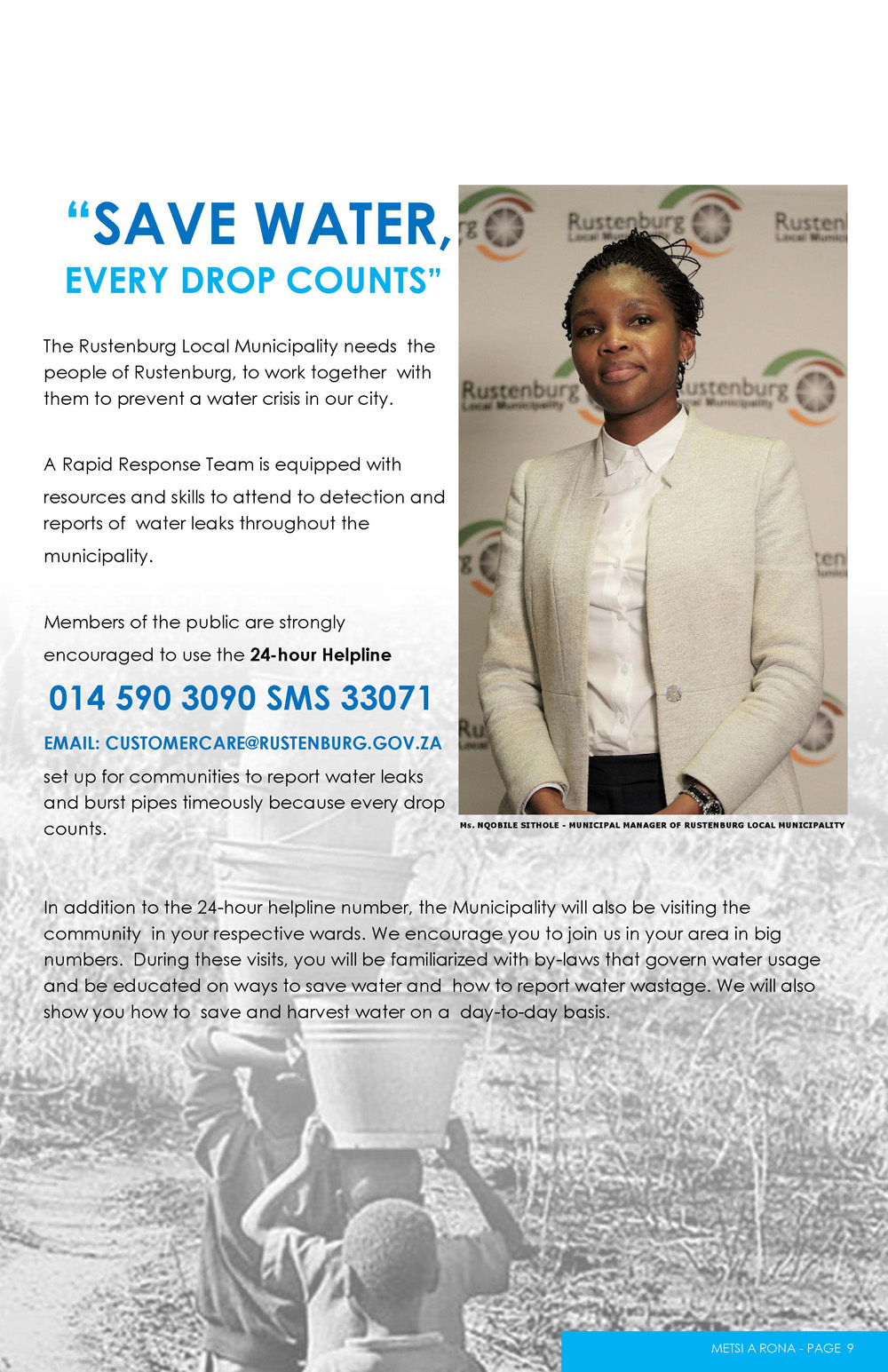 On the 18th July RNT Consulting and the Rustenburg Local Municipality hosted the Centenary Nelson Mandela Day celebration. The Nelson Mandela Day initiatives were part of the Water Education and Awareness Campaign that began in July 2018 and will end in December 2018.

Schools from Cluster 1 were identified for the programme which included a needs analysis in terms of Water Education and Distribution .

The official handover ceremony’s were graced by the Honourable Executive Mayor Mpho Khunou that took place at each of the three schools on the day .Local radio stations participated by broadcasting at the event ensuring that the message of the conservation of Water is spread throughout the City.

At Letsibogo Primary School ,a handover of a 10 000ltrs JoJo tank ,11 plastic taps, water leaks (repair works) and flushing systems took place. These were welcomed by enthusiastic students, educators with the participation of the ward councilors, School Governing Body, Department of Education and the community at large. 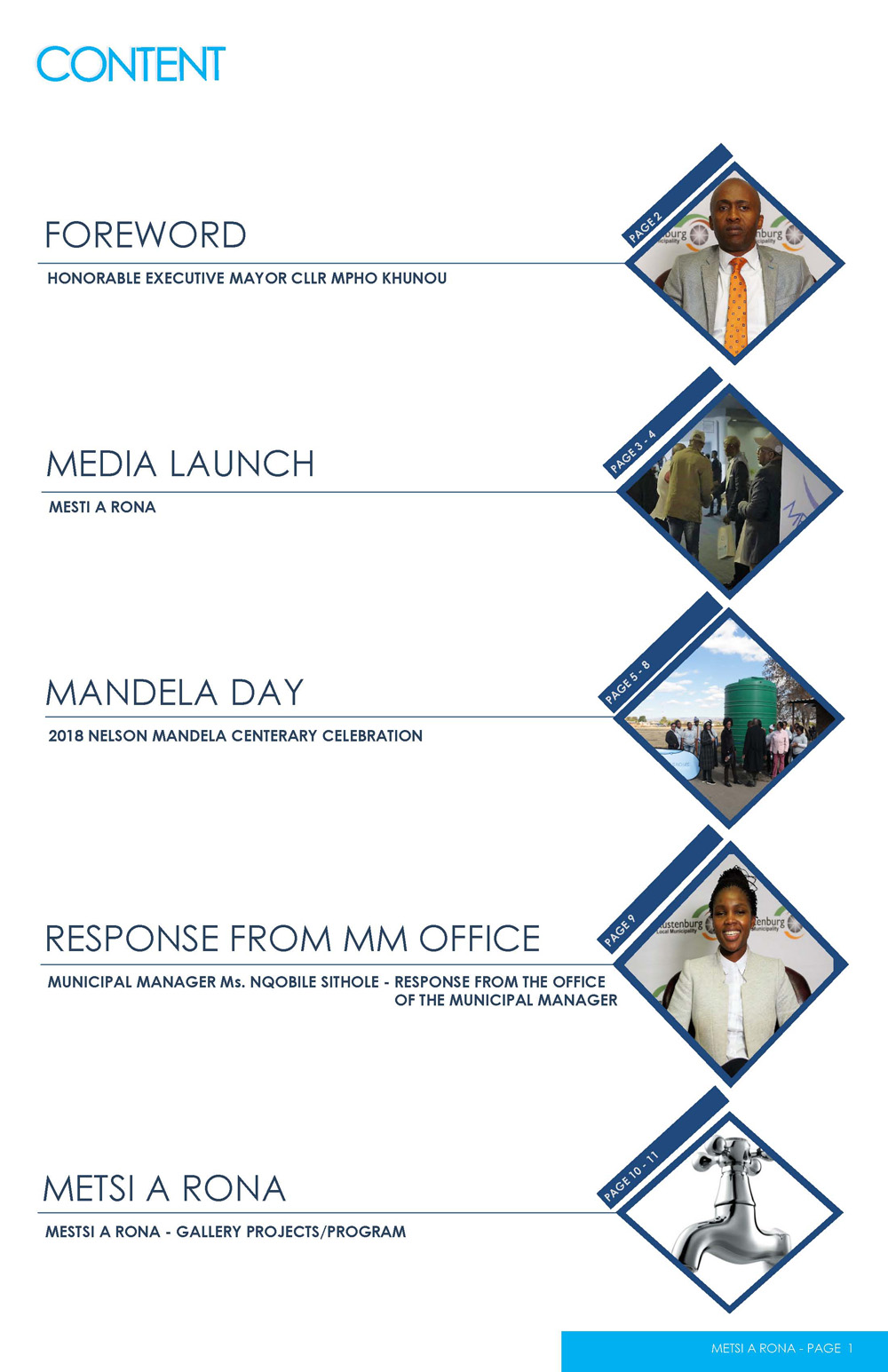 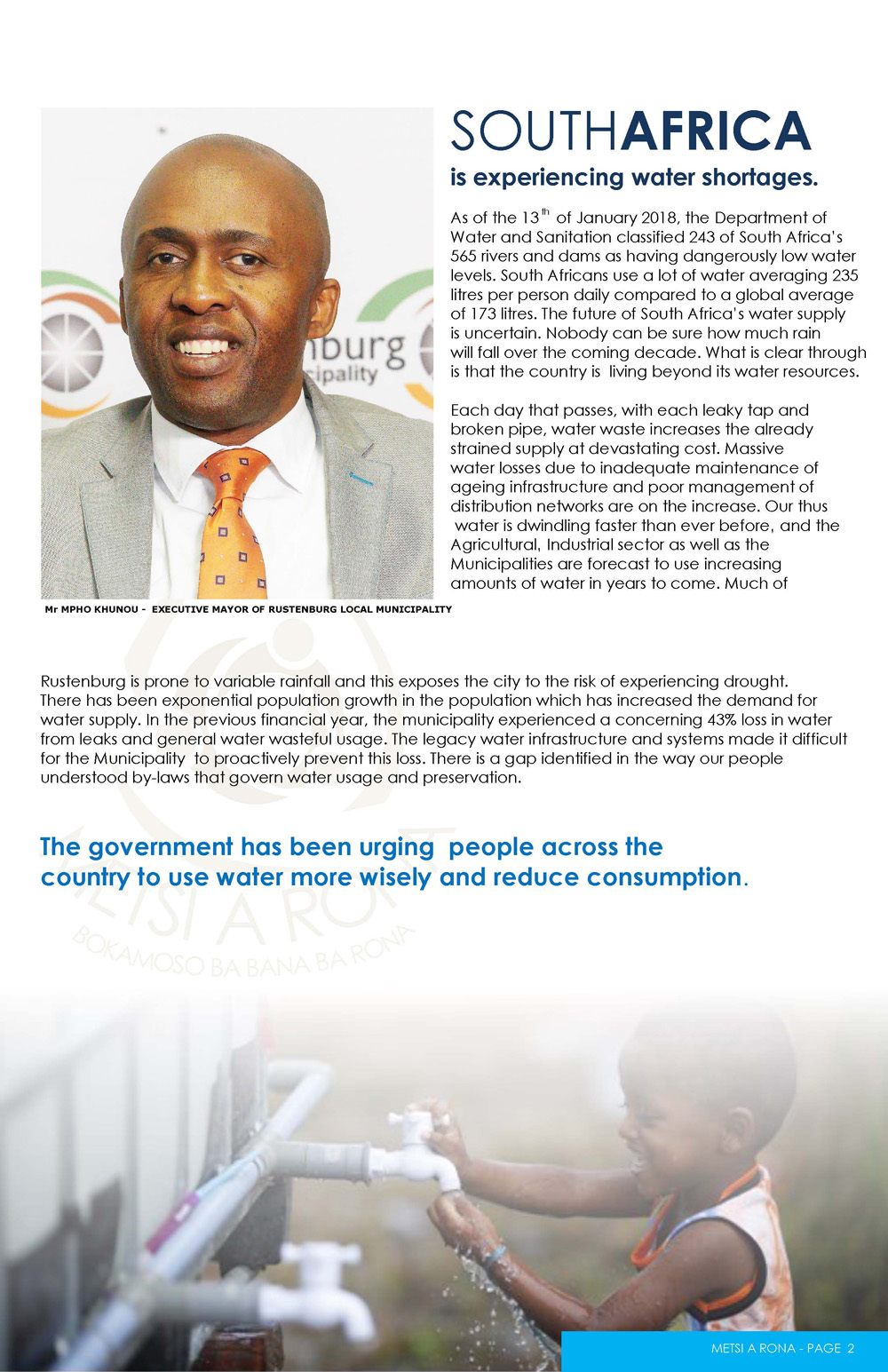 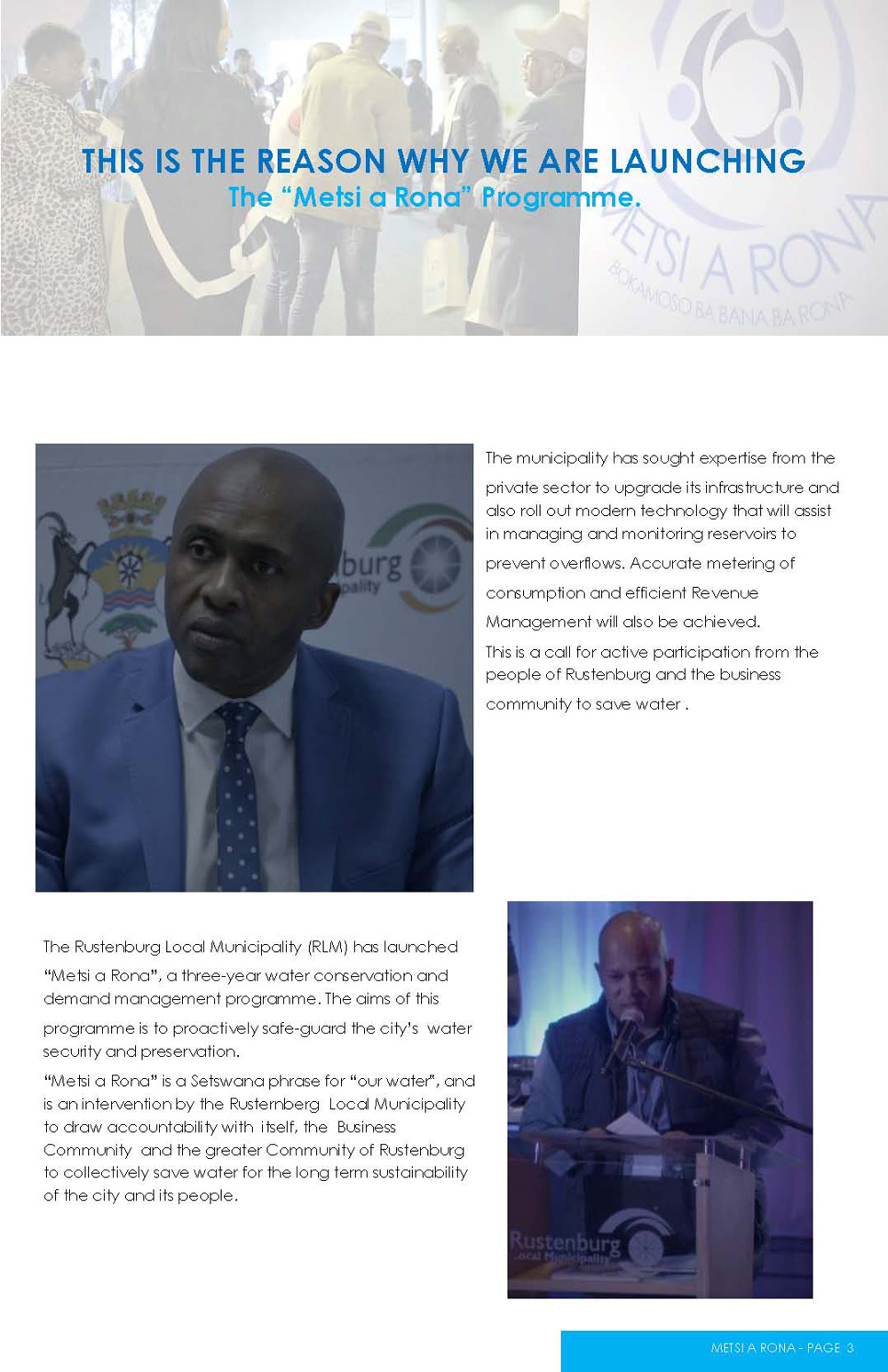 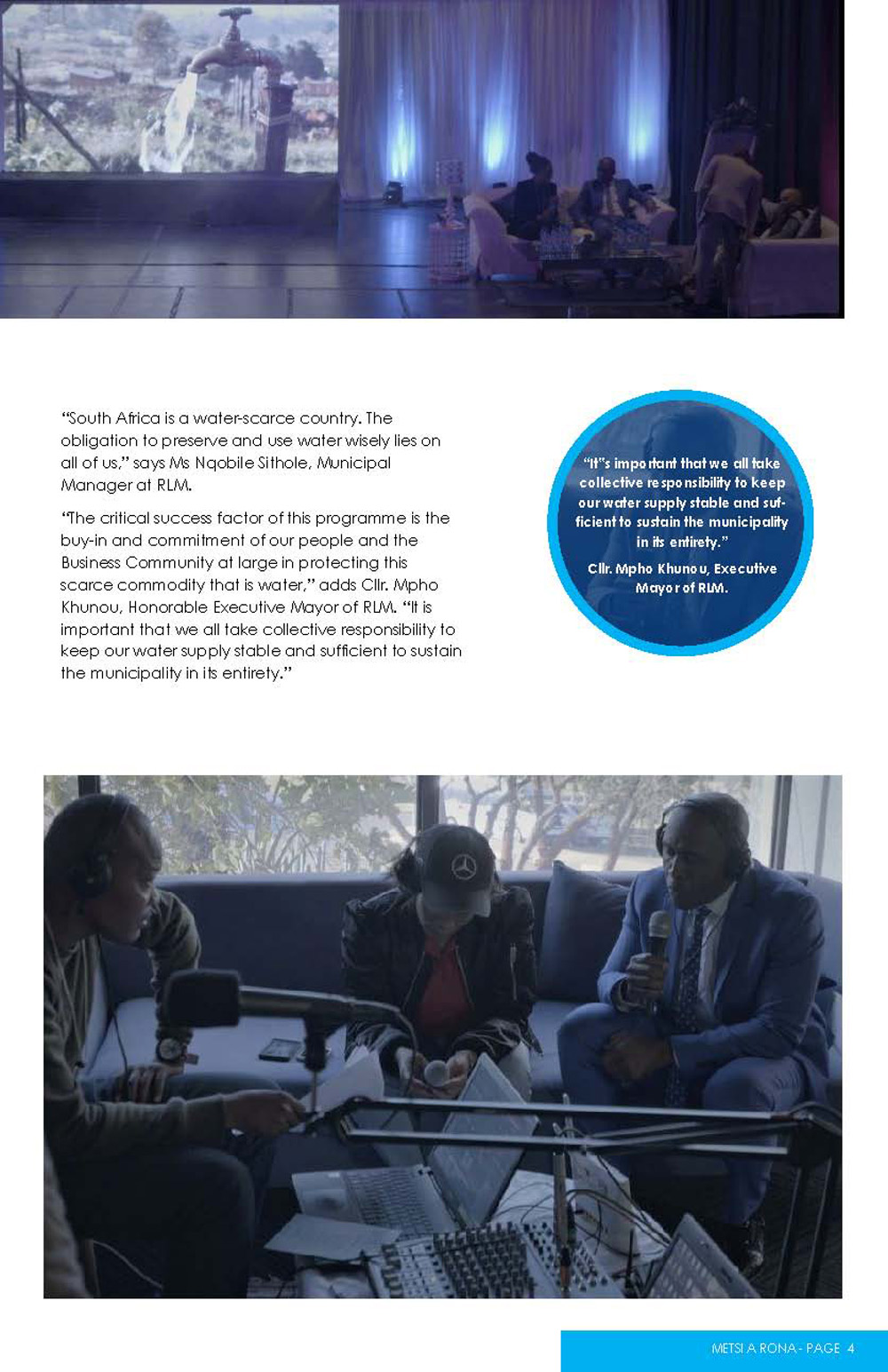 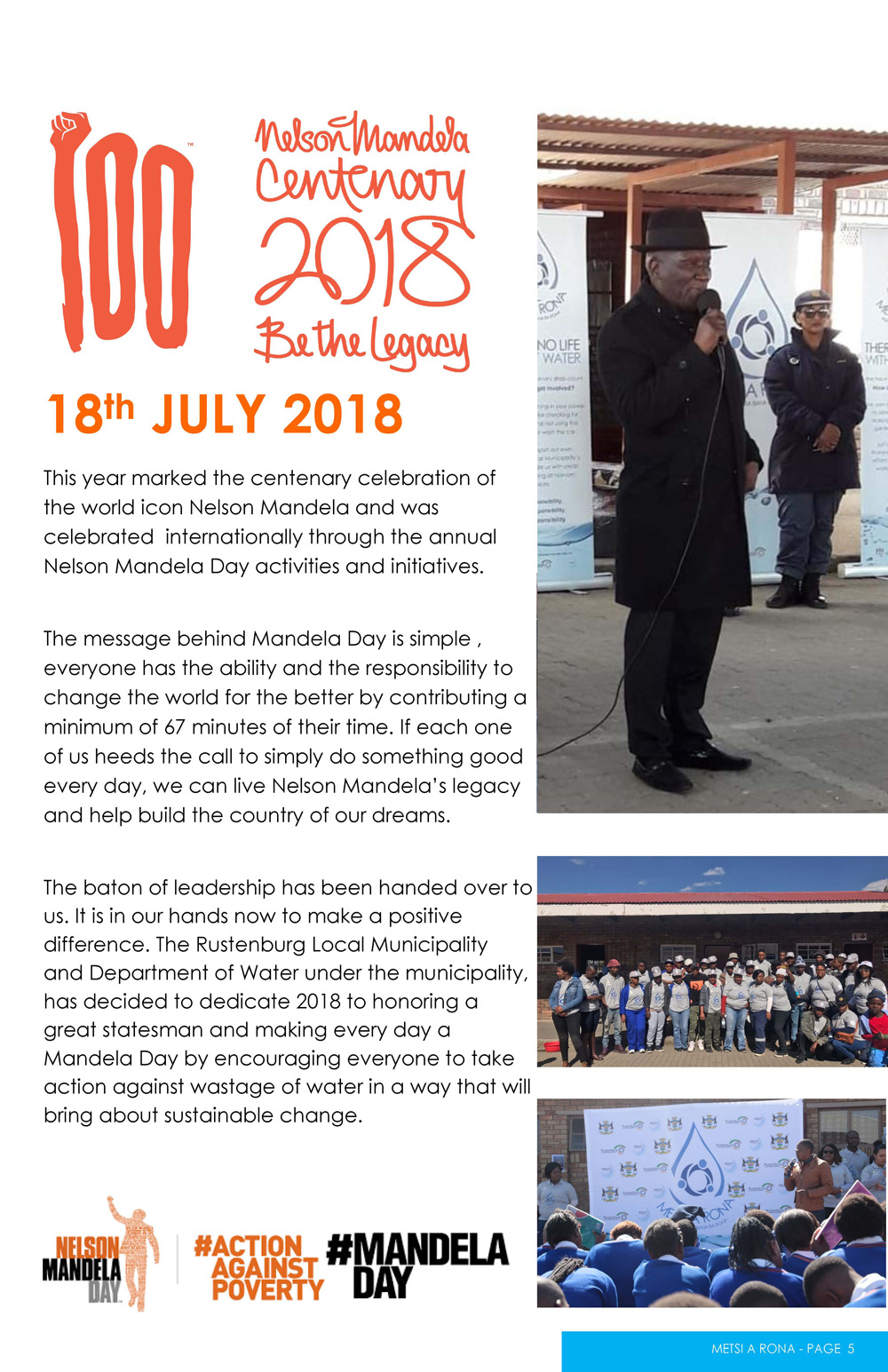 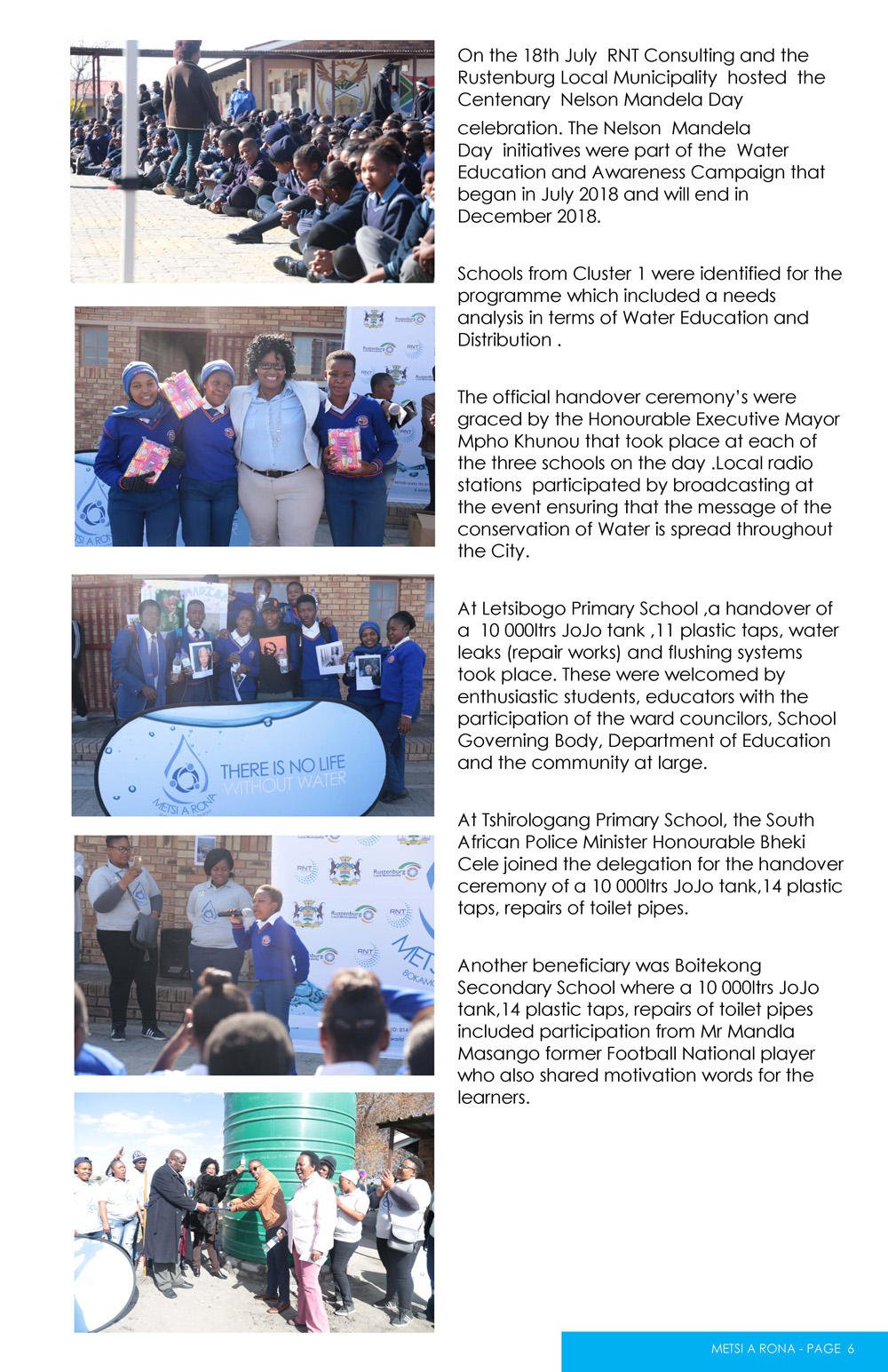 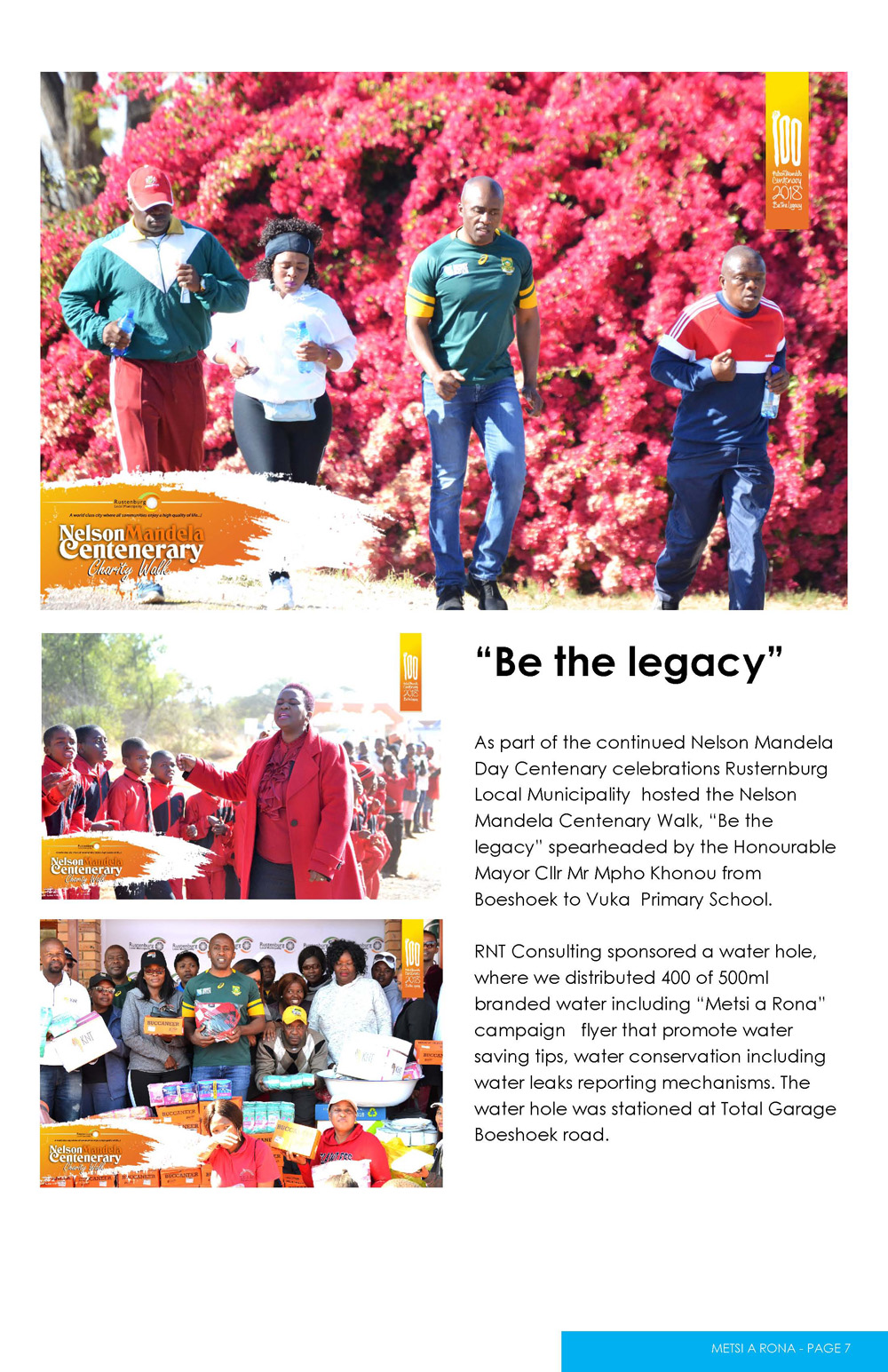 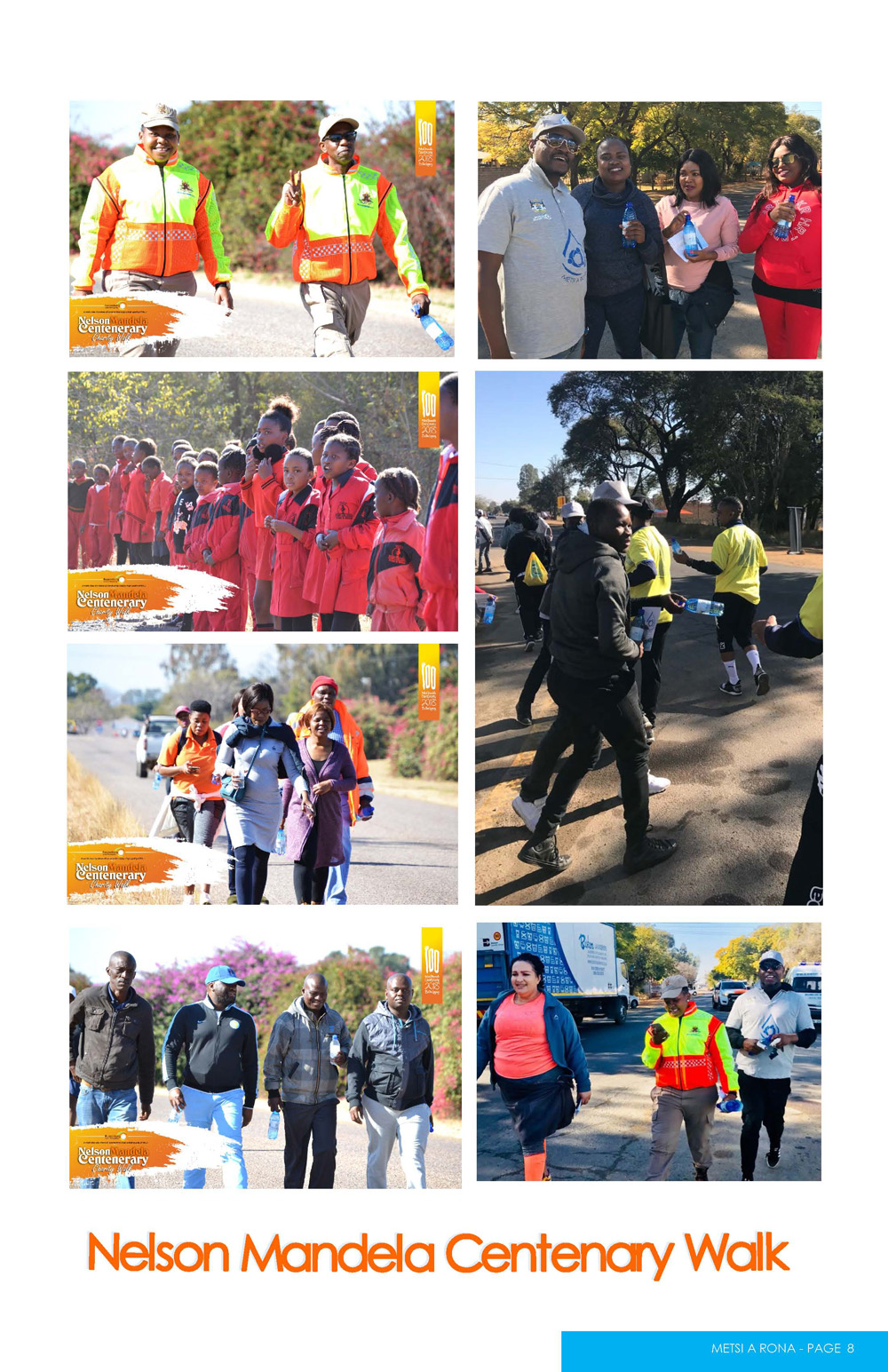 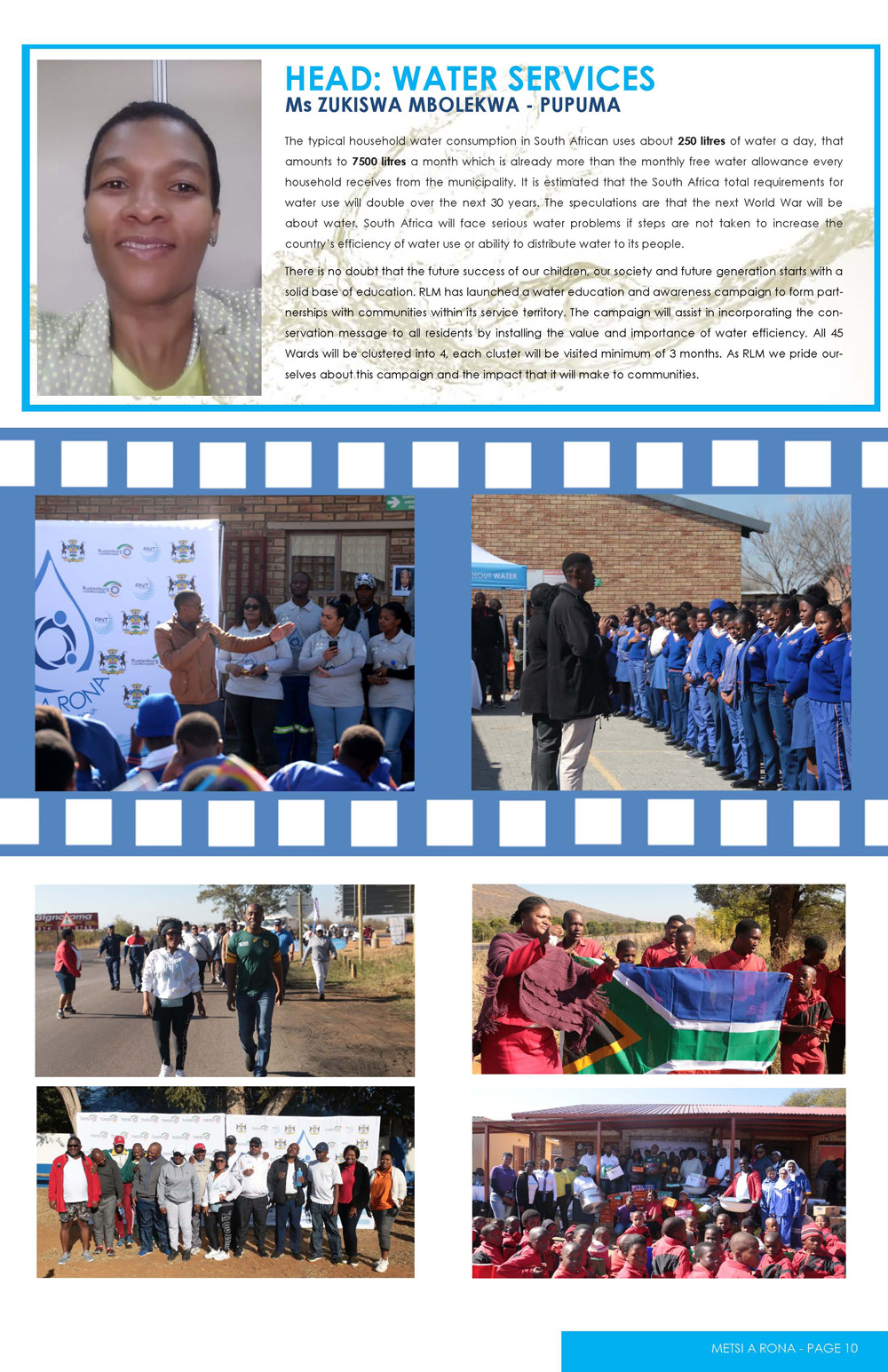 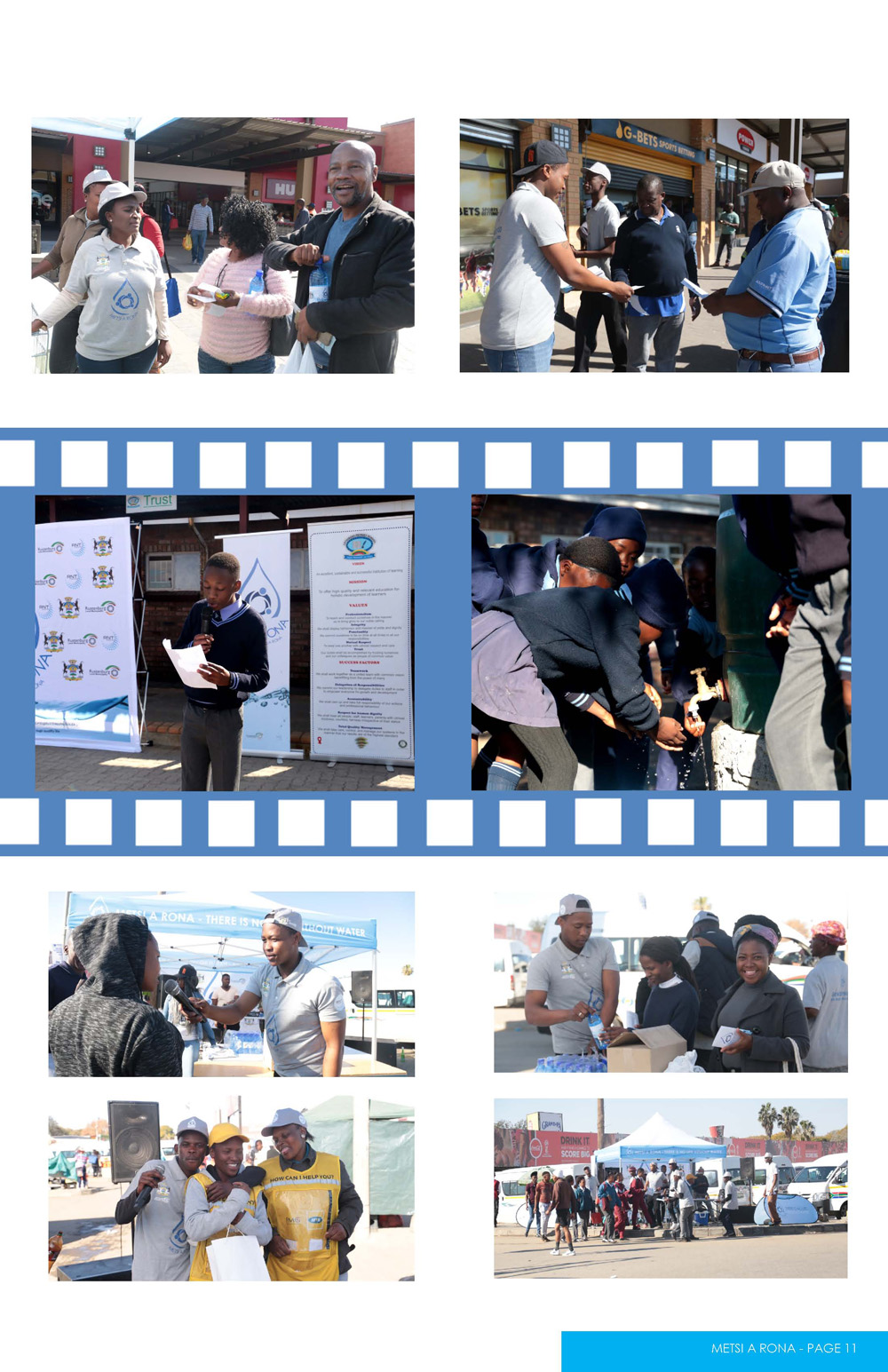 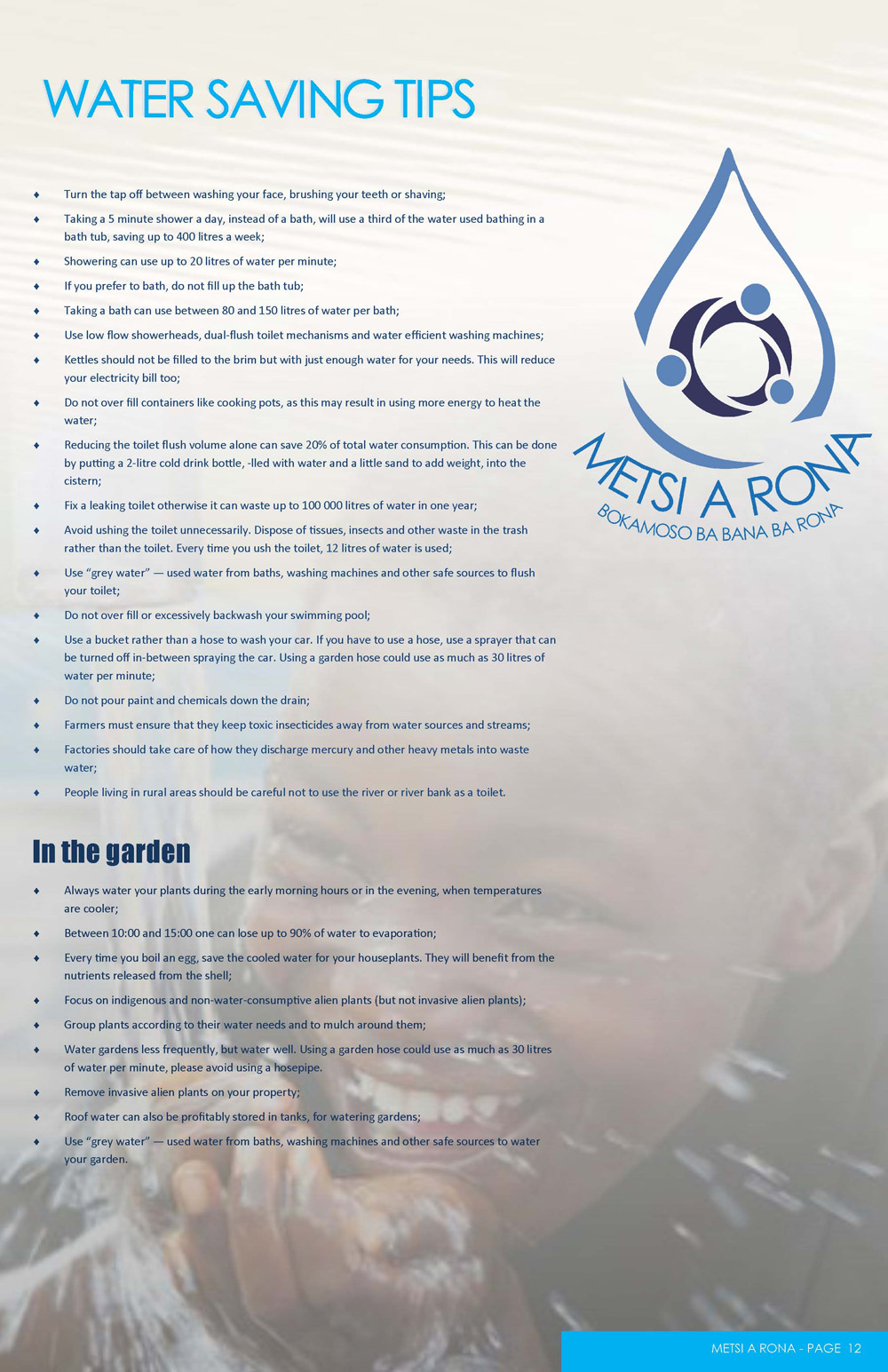 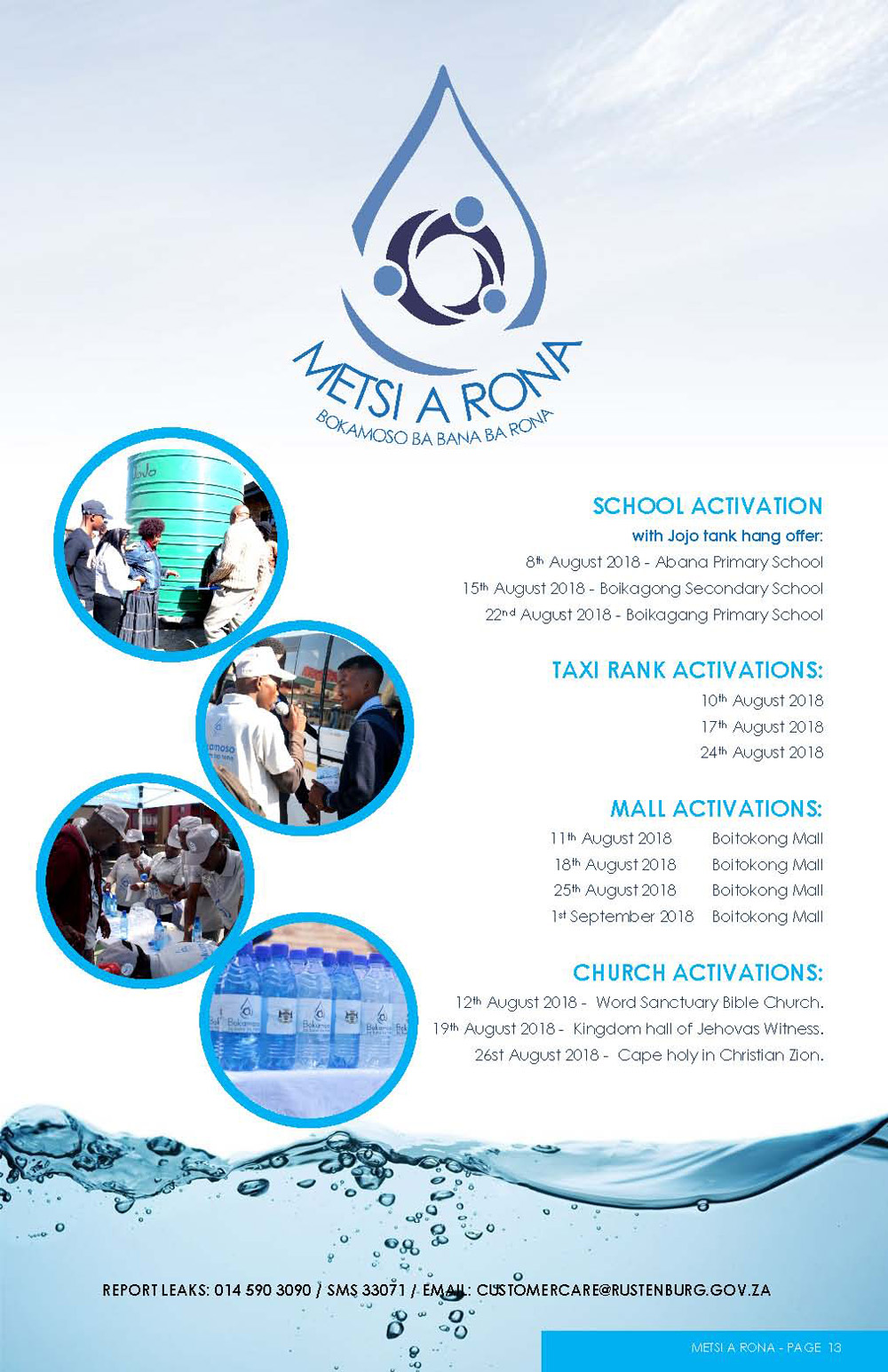 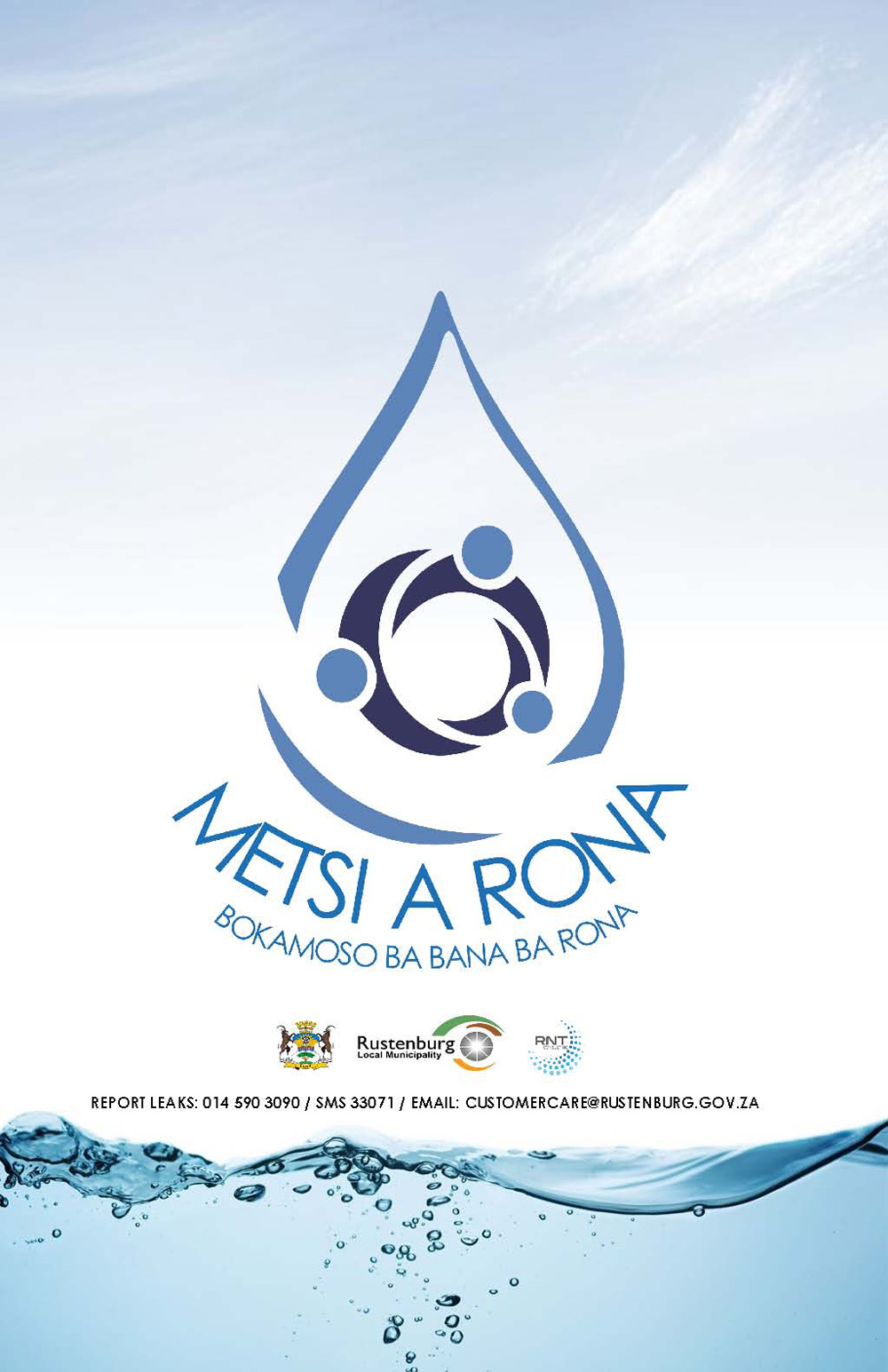